The Glencoe valley is world renowned for its awe-inspiring views and dramatic towering mountains formed over millions of years through huge volcanic eruptions, and then slowly sculpted by glaciers. The glen was also recently voted as Scotland’s most romantic glen and is named after the River Coe which runs through it.

The village of Glencoe is situated on the site of the Massacre of Glencoe which took place on the 13 February 1692 in which 38 members of the Clan MacDonald of Glencoe were killed, by government forces, allegedly for failing to pledge allegiance to the new monarchs, William III of Scotland and Mary II. 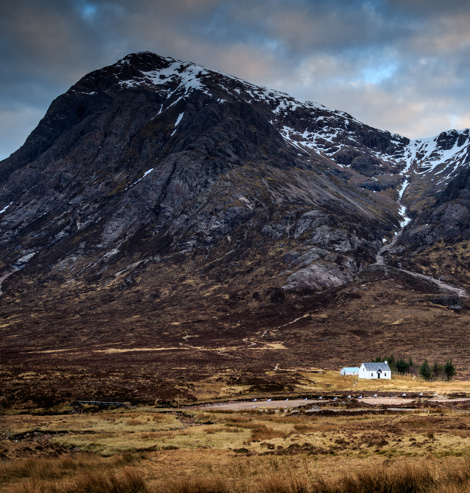 The area is known for waterfalls and trails that climb peaks such as Buachaille Etive Mor and Bidean nam Bian. The Glen is hugely popular with hillwalkers and climbers - many of whom come to the glen as part of the West Highland Way following the old military road over Rannoch Moor. Whether you are looking for a gentle walk on the lower slopes, or an adrenalin filled climb up one of the munros, there is a walk to suit everyone.

Take A Tour of Scotland