The National Park was formed in 2002 and includes 21 Munros (including Ben Lomond, Ben Lui, Beinn Challuim and Ben More) and 20 Corbetts. 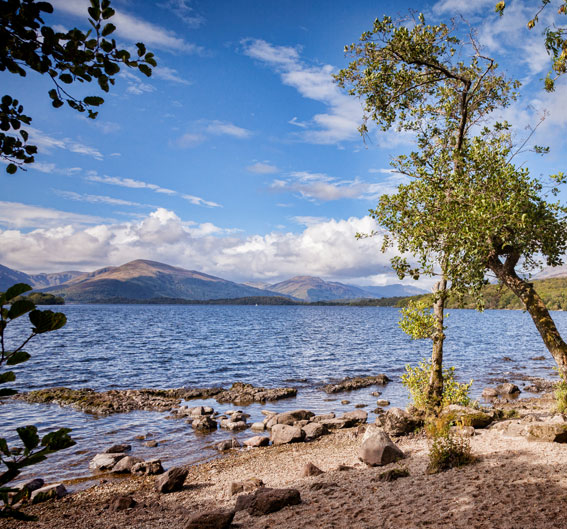 The area is very popular with tourists as there is so much to do, with many watersports available including kayaking, Canadian canoeing, paddle boarding; and a wealth of walking and outdoor pursuits to enjoy. You could even take a trip on The Steamship Sir Walter Scott across Loch Katrine allowing you to take in the spectacular views.

Loch Lomond has various villages and towns throughout the area which are great places to visit. Balloch, situated on the southern shores is viewed as the gateway to Loch Lomond and the Trossachs National Park. The historic and scenic village of Luss lies on the western shores of the loch and other settlements include Ardlui, Balmaha, Rowardennan and Alexandria.

Loch Lomond has more than 30 different islands, some of which are only visible when the water levels are low. The largest island is Inchmurrin, which is the largest freshwater island in Britain. The wooded island covers 120 hectares and is 89 metres at its highest point.

Take A Tour of Scotland